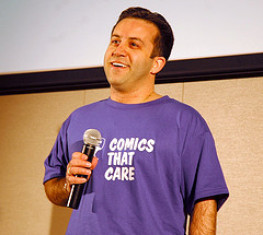 If you're looking for entertainment for your holiday party, conference, meeting or corporate event, look no futher!  Contact us Big_Laff@Email.com and let us know what you have in mind and we will get back with you.

Mike Polites stands at 5'2" tall (5'5" with rollerblades).  When he is not making people laugh, he can be seen working as a bouncer…at a Toys R' Us.

The REAL Scoop: Mike has been doing stand-up comedy for over 20 years.  He has performed at comedy clubs and colleges all over the Midwest, has opened for "Elvis" in Las Vegas and has even appeared in Europe and Asia.  In 1999 he earned the title "Indiana State Champion of Humorous Speaking" from Toastmasters International.  Mike has a skill of gearing his comedy towards any type of audience; this skill is in part due to his "other" jobs both as a College Professor and as a Corporate Trainer/Keynote Speaker.  His impersonations and unique angle on day-to-day events will leave you feeling all "tingly" inside!  (Rated PC for Pretty Clean!)

Where to Find Us: 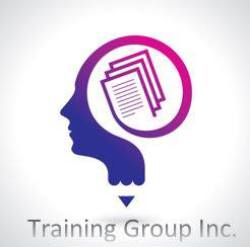